DNG labelled the ultimate Fisi by over 10 women

DNG labelled the ultimate Fisi by over 10 women

1FM breakfast show presenter and hype man Dennis Ngubuini alias DNG has found himself on the wrong side with Kenyan women after he was exposed as a hungry ‘fisi’. DNG,known for his energy and MCeeing skills was on Wednesday,November 29,exposed on by women who claimed he has been sliding into their DMs to ask for sexual favors. 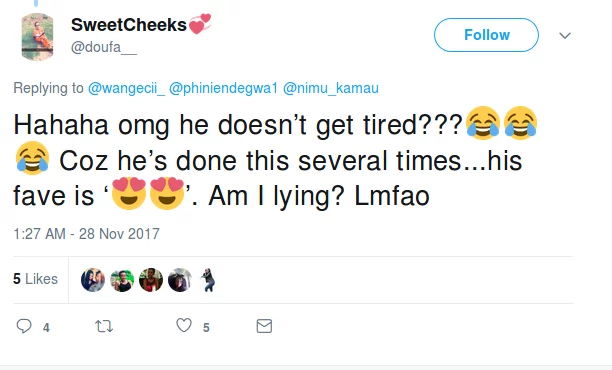 It all began when one of his victims came out to expose his online shenanigans before a number of ladies joined the trail and revealed how at one time or the other, DNG shamelessly hit on them online.

According to the women,the lad usually uses Instagram to hit on ladies with most of them revealing that he uses his celebrity status to try and get into women’s pants. Turns out this is not the first time the radio host has been called fisi by women online. DnG has however not commented on the matter.

Questions As Bahati Deletes Instagram Posts After Weeks Of Silence