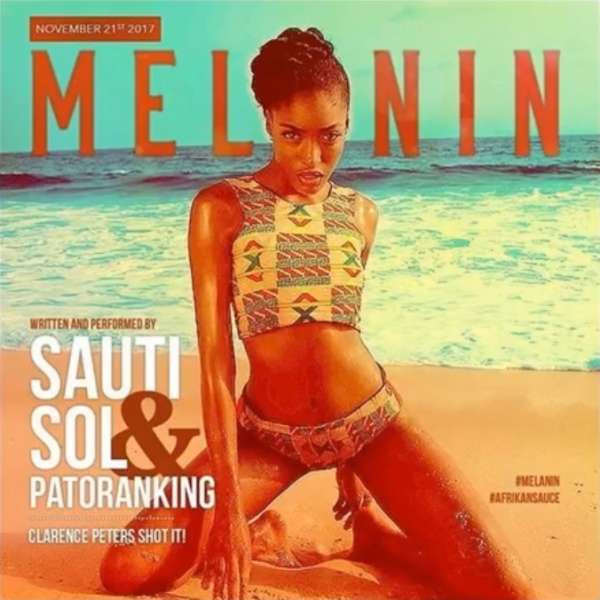 The Kenya Film and Classification Board CEO has warned TV stations of dire consequences if they dare play ‘Melanin’ during the watershed period.

Ezekiel Mutua clarified in a statement to the public that he hasn’t banned the song to its entirety but broadcasters should adhere to the watershed period which runs from 5am to 10pm.

Mutua says Sauti Sol’s song can’t be played during the watershed period due to undesirable elements such as nudity and objectification of women under the guise of black beauty.

The statement says Sauti Sol released their video without complying with Film and Stage Act, Cap 222. Mutua says KFCB board has also written to Sauti Sol to submit the video for examination and classification for age suitability.

He warned that KFCB won’t hesitate to take action against any broadcaster who plays ‘Melanin’ during watershed period.

“The Board will not hesitate to take action against any broadcaster or exhibitor who shows the video during the watershed period and/or in establishments where children are at risk of viewing it,” he wrote on twitter

“A band of Sauti Sol’s stature should be in the forefront in following the law and even warning consumers of their content that the video should not be accessed by children as it explores an adult theme. It is unfortunate that a reputable band like Sauti Sol would resort to sideshows in this important matter rather than complying with the law in their operations.” he added 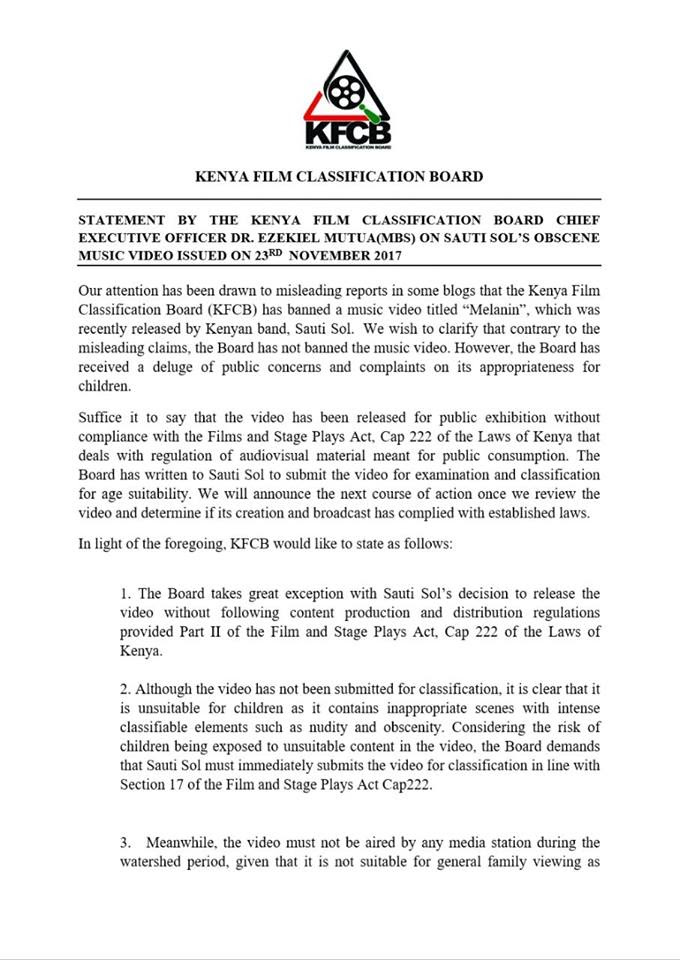 NADIA MUKAMI BREAKS UP WITH ARROWBWOY