NTV journalist Larry Madowo rubbed presidential aspirant Dr. Ekuru Aukot on the wrong shoulder when he posted photos of the presidential aspirant’s campaign rally supposedly adressing a “mammoth” crowd.
Larry’s post didn’t go down well with Dr. Ekuru Aukot who took to twitter to blast the journalist over the post.
The NTV journalist took to Twitter and Facebook to post photos of Aukot addressing a small gathering in Naivaisha with the caption reading; “Presidential candidate Dr Ekuru Aukot addresses a mammoth crowd in Naivasha in his first public rally”. The aspirant took to twitter to fire shots after shot at Larry over the post.He went on to call Larry a socialite and a fake journalist saying he cannot understand why Nation Media group would keep a clown like Larry on the job.

Larry on his part said he would not be cyber bullied by the aspirant calling him a thin skinned aspirant with 0.1% support. 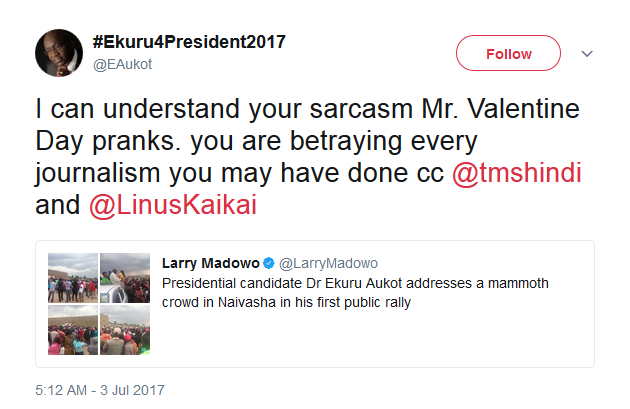 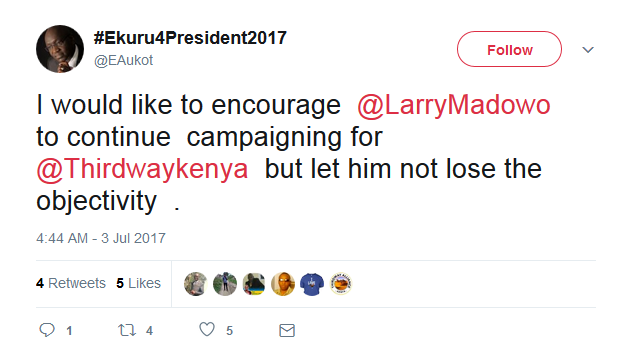 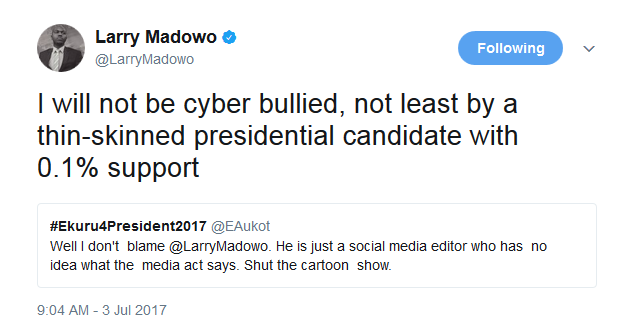