MC Jesse hits back at Rapcha over Churchill pay allegations

MC Jesse hits back at Rapcha over Churchill pay allegations

It is no secret that comedians on Churchill show have complained time and again over poor pay by the show’s owners.

Mid last year, Comedian YY announced that he was leaving the show hinting that pay may have been his reason  for leaving.

However as much as Daniel Ndambuki has never addressed the issue former comedian Rapcha the sayantist fired shots at Churchill when Ayeiya passed on saying he died a poor man. 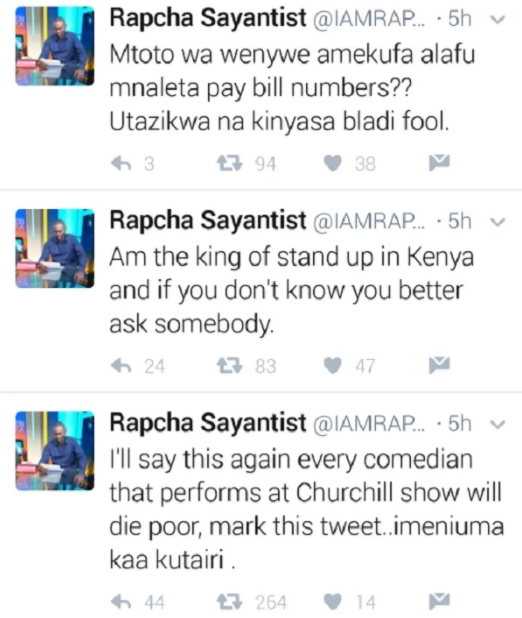 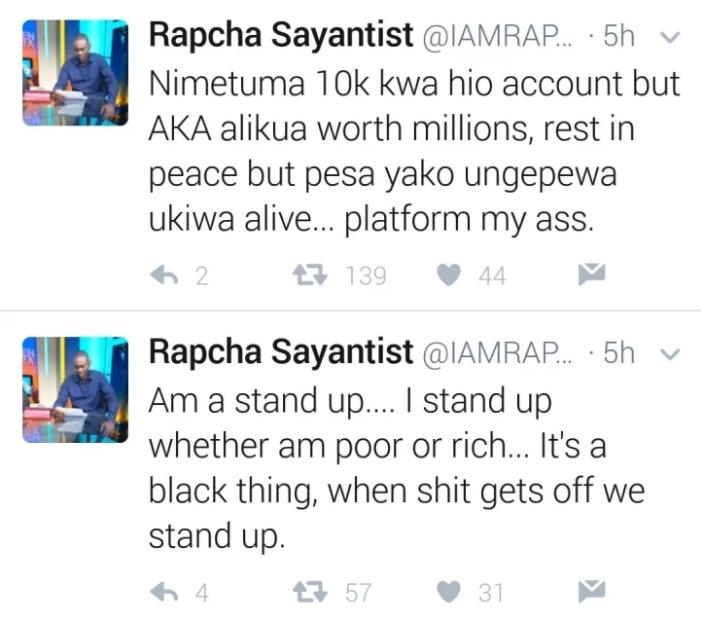 Well, seeing that Churchill has not adressed the issue, comedian Mc Jesse has come out to defend the show saying that the show offers comedians more value than just money.

“They come while they are fresh and some don’t even have the money. Let’s take an example of MCA Tricky. He came the way he was and he is great today. Comedian YY came the same way and he is good right now. Eddie Butita came from Kariobangi and now he is doing international shows. If you are coming there to look for money you will fail, but if you are coming for destiny, you will succeed. The money aspect can’t even be discussed because you can’t even quantify to give a value for them when it comes to money, but their worth is determined by how they live their life, not how much they earn,” He said.

He also said he had no issue with Rapcha airing his opinion online but he doesn’t care since the guy already left the show.

“Alikuanga Churchill zamani, so hayuko,That was his opinion, but you need to look at the results, kwa sababu mti unajulikana na matunda yake. I went to Churchill Show, see my life now. It is the same way for MCA Tricky, David the Student, Professor Hamo, Chipukeezy, Eric Omondi and the rest who joined the show.”

Kasarani Residents Demonstrate Against Construction Of…

A tale of a girl defiled by her biological father